A new road on Corn Hill? 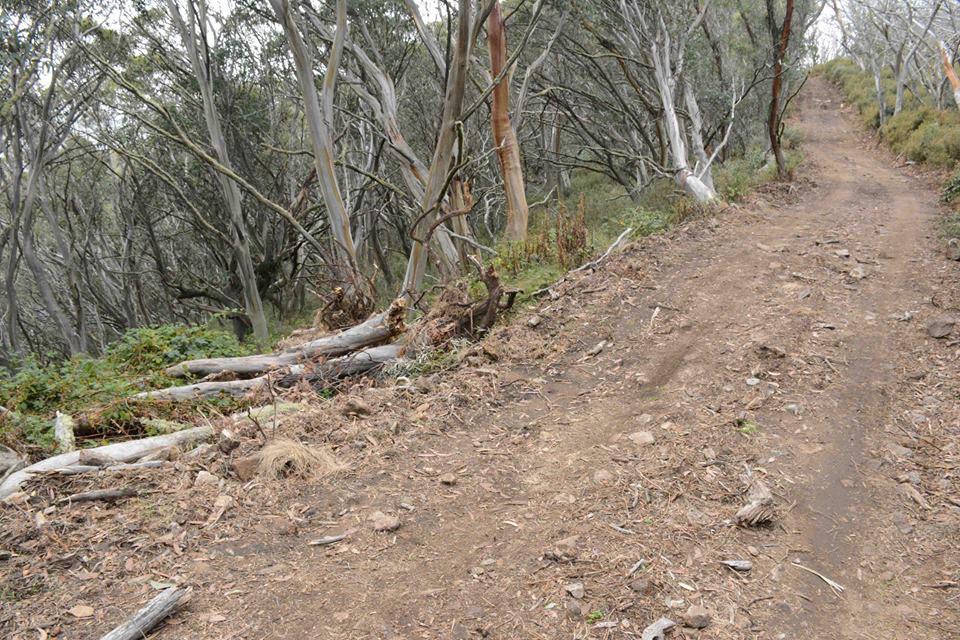 In November 2015, the Planning Minister rejected the Link Road. And the Environment Minister stated “I don’t anticipate any further proposals of this nature.”

Guess what ? We now have a new road across Corn Hill.

The new road used to be the old Ridgeline Track; a nice bush walk, but undrivable due to narrow width, rough surface, vegetation, and very steep grades at each end.

Recently however, “somebody” used a bulldozer to convert the track into a road at least 4 metres wide. Lots of snowgums pushed over, cut down and smashed. We have plenty of pictures.

There has been some local media on the issue, where the works have been described as ‘routine maintenance, and resort management claims that they do not need a permit for these types of work. A member of the Victorian National Parks Association, Charles Street, has accused the resort of “building the link road without a permit”.

I work with Friends of the Earth, and live in Castlemaine in Central Victoria, Australia. Activist, dad to Tali & Mia, mountain enthusiast, climber and would be telemark skier.