No sign of wilderness fire funding for World Heritage Areas 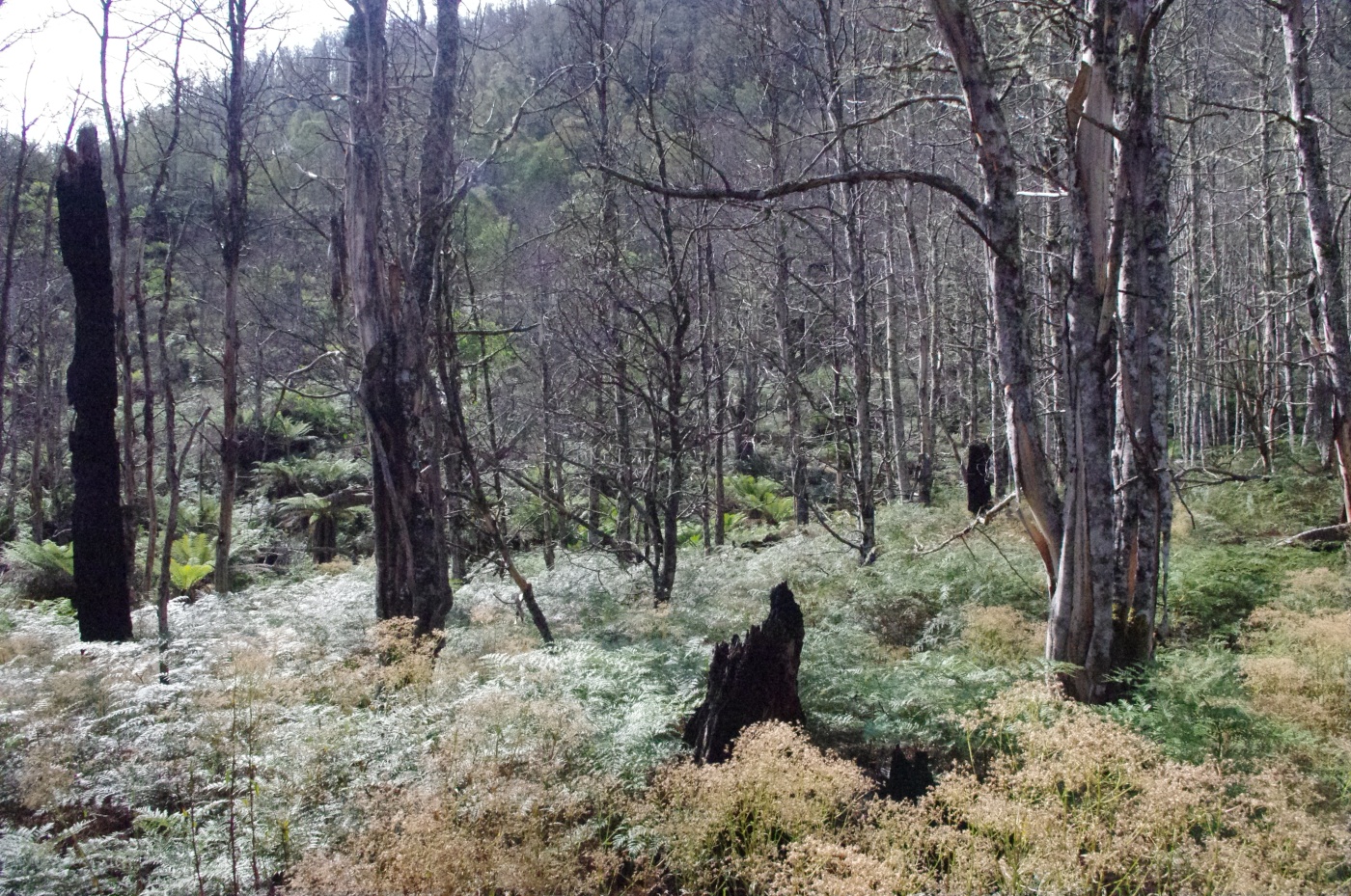 In recent years, wildfire has had devastating impacts on World Heritage Areas in Tasmania. The 2016 fires damaged fire sensitive areas and vegetation types, like Pencil Pines near Lake Mackenzie. Fires caused by dry lightning strikes are becoming more common since the year 2000. Yet resourcing for fighting fires in remote areas is not growing to keep up with greater fire threats.

The fires that happened this summer burnt more than 100,000 hectares, but thankfully (and based on initial estimates), it would appear that only very small areas of fire sensitive vegetation like Pencil Pine and King Billy Pine were destroyed. Innovative actions, like placing sprinklers to protect fire sensitive vegetation at Lake Rhona reduced the impacts. But it remains clear that fire fighters are under resourced to fight remote area fires. Despite sustained calls for additional resources, it would appear that the current commonwealth government isn’t coming to the party.

As reported by the ABC,

Extra funding has been announced to help Tasmania recover from the summer’s devastating bushfires, but it remains unclear whether there will be any additional money for firefighting in the Tasmanian Wilderness World Heritage Area (TWWHA).

The state and federal governments will contribute a further $9.9 million for community bushfire recovery, confirmed before the Federal Government went into caretaker mode.

The funding will not cover environmental recovery and future firefighting efforts in the TWWHA.

The State Government’s bushfire taskforce and recovery committee will determine how the money will be spent, but funds will flow to promote tourism, assist small businesses and repair community facilities.

The total cost of the summer’s bushfires will not be known until damage assessments are finished.

“The Commonwealth needs to stump up and provide Tasmania with the money to not only help fight the fires that we’ve just seen, but fight future fires that we know will come more often and be more dangerous”.