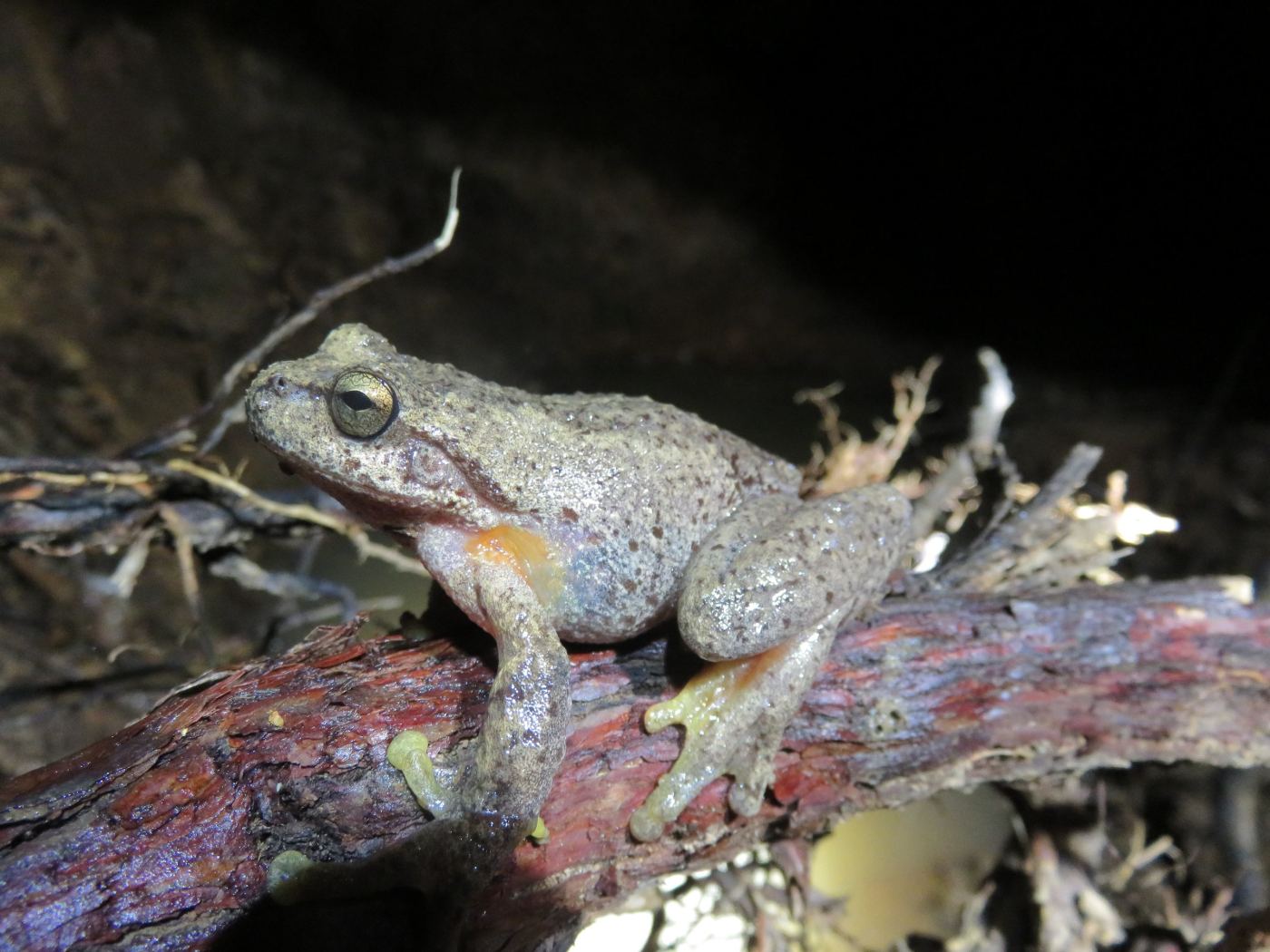 Goongerah Environment Centre (GECO) based in far East Gippsland has long been working to protect remaining forests in that part of the state. Working with allies like the Flora and Fauna Research Collective, they have led citizen science projects which have frequently found threatened or endangered species in areas scheduled for logging, then used the law to gain protection of the habitat these species rely on.

Now GECO is warning that a population of the vulnerable  Large Brown Tree Frog is threatened by logging and that a Special Protection Zone placed around the logging is insufficient.

The Large Brown Tree Frog, Litoria littlejohni, endemic to south-eastern Australia has been split into 2 species, now Litoria littlejohni and newly named Litoria watsoni, halving its distribution and population. But state-owned logging company VicForests is currently logging just over 200m away from a detection site of the frog in the Yalmy catchment on Mt Jersey in East Gippsland, and have cleared the vegetation and installed a gate where the frog was found. Mt Jersey was heavily impacted by fire, but Orbost spiny crayfish and a Yellow-bellied Glider were found within the logging area only a few months ago. Long-footed Potoroos were also found pre-fires.

The Large Brown Tree Frog was thought to be extinct in Victoria for over 20 years when it was rediscovered in 2015 by Goongerah Environment Centre citizen scientist and ecologist Rena Gaborov. East Gippsland is a stronghold for the species, which prefers wet and damp forests. According to the government’s biodiversity impacts report 88% of its known habitat in East Gippsland is within the 2019/2020 fire extent.

Its range once extended from the Wattagans near Newcastle,, down to East Gippsland, but researchers in NSW have reviewed genetics, morphology and calls and found frogs south of Sydney into East Gippsland are a separate species, far less common than its relative North of Sydney. Research shows a clear trajectory of decline in the southern species, which has been rare and difficult to find. Not much is known about the ecology or home range of this species away from breeding sites and in Victoria breeding success has rarely been documented in recent years (less than 5 sites).

The frog is classified as vulnerable under federal legislation and listed as endangered in Victoria on the Scientific Advisory List, but the government have just released a draft upgrading its status to critically endangered. There is no federal recovery plan for the species, but in Victoria a 28ha Special Protection Zone (SPZ) is placed around detection sites.

The Age newspaper has covered the issue, and reports that:

The large brown tree frog, which has distinctive orange markings on its hind legs, hadn’t been seen for two decades when ecologist and citizen scientist Rena Gaborov heard it call one evening in 2015 and later photographed an adult frog.

The frog was hailed as a “Lazarus species” – those rare creatures which prove the experts wrong by reappearing long after they were thought to have become extinct.

Read The Age coverage of the story here.

GECO asks you to take action by emailing the minister here or calling her office on 03 9637 9504 and tell her to push the Department to properly protect the frog and stop the logging.