An Indigenous Land Use Agreement (ILUA) between Taungurung Land and Waters Council and the State Government is in ‘legal limbo’ after the Federal Court found it was registered incorrectly.

The land use agreement was finalised in October 2018 as part of a broader settlement agreement largely under the auspices Victoria’s Traditional Owner Settlement Act 2010. The settlement agreement formally recognised the Taungurung people as the traditional owners of more than 20,000 square kilometres of land in north central Victoria from Kyneton in the west to Bright in the east. The agreement includes a number of national parks, including sections of the Alpine National Park and Buffalo National Park.

Federal Court proceedings concluded earlier this month, with Justice Debra Mortimer finding errors in the way the agreement was registered with the National Native Title Tribunal.

It is not yet clear whether this will impact on the agreements regarding the Alpine national parks.

According to reporting in the North Central Review,

“We’re still very confident the outcome will be the same in the long run, it’s just additional time and additional frustration,” he said.

“The judge made it very clear that it’s not a decision on who the native title holders are or who the right traditional owner group is, it’s a decision relating to the fact that the delegate of the National Native Title Tribunal did not follow the right process.

Members of other Aboriginal groups claimed native title in areas covered by the agreement and said they had been excluded from the agreement.

Representatives of the Ngurai Illum Wurrung, Waywurru and Dhudhuroa people were among respondents who applied for a judicial review of the agreement process.

Mr Burns said the extension of Taungurung’s boundaries to Mount Buffalo National Park and other areas north-east of Mansfield granted in the 2018 settlement agreement with the State Government would remain in place.

As a side note, Taungurung have previously negotiated boundaries in the Alpine area with Gunaikurnai people from Gippsland. It is not clear whether the Federal Court judgement will impact on this agreement.

However, the elders opposing the agreement say that ‘the Elders are objecting to the ambit boundaries in the northern sector of the claim (Ovens River, Bright, Nagambie, and Mt Buffalo areas)’.

‘Elders from three First Nations in North East Victoria continue to exert their legal rights in the Supreme Court of Victoria (SCV) and the Federal Court of Australia (FCA) by objecting to the $34+m ambit agreement between the Taungurung and the Victorian Government in October 2018. Elders are opposing the deal on a number of grounds particularly because they believe that the agreement will be detrimental to their respective Victorian Treaties. 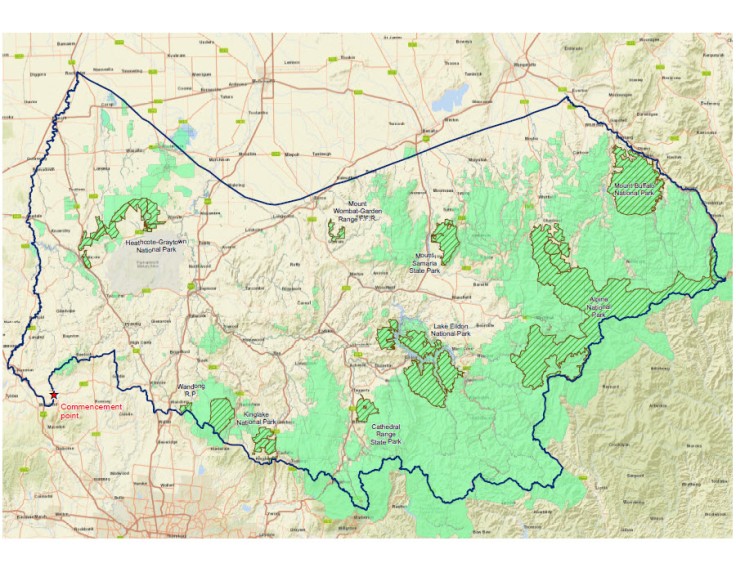 I crave the alpine and big, inspiring mountains. Our mountains are old and slow, worn down and mostly tree covered. But they feel like home in a way that is hard to describe. This country, this landscape, is home for me.
A ray of light over a charred landscape. Buffalo plateau.
Snow gum elders and granite, Mt Wills.
Survivors. Mt St Bernard.