Woah. What a year. A good winter – third in a row, despite a late start (the first month of winter 2019 was the sort of winter you would expect under climate change scenarios) although not on the scale of the previous two. We saw some erratic weather (and even Australia’s largest recorded avalanche). We hosted the second Victorian Backcountry Festival at Hotham, which was a personal highlight for me.

Environmental threats against the mountains continued, like the threat of commercial tourism development in Tasmania, and the question of how to deal with wild horse populations in the Snowy Mountains. The long campaign against the cable car proposed for kunanyi/ Mt Wellington in Hobart dragged on. Protect Our Winters is building its presence in Australia, and we saw the first ‘above snow line’ climate strike action (at Mt Hotham in September) and many mountain communities and businesses got behind the climate strike. And a new outdoors themed activist group, Outdoors People for Climate Action has just launched.

There was an early start to a long dry summer. While fires started in mountain areas in November, it was the New Year’s Eve lightning storm that crossed the Victorian Alp that triggered many dozens of new fires that developed into enormous blazes. From the Northern Snowies, the mountains of the ACT, the headwaters of the Murray River, across the VIC high country right to the beaches of East Gippsland, it was a terrible summer.

Last summer was also hot and with lots of fires – both in the mainland Alps and especially Tasmania, but the 2019/20 summer impacted massively on human communities in the ACT, NSW and Victoria.

There were huge human cost in terms of lost life and homes. Massive economic impact on local economies, and mind blowing ecological devastation. And clearly climate change played a part in driving the severity of the fires.

And now, as we swing into autumn we have been hit by the global Coronavirus/ COVID-19 pandemic. Once again, mountain areas and towns are shut down and resorts are closed.  And snow lovers are looking anxiously to winter, with uncertainty about whether the lifts will even run this season. The economic costs of this will be felt for many months after the lock down is over.

In terms of key visitation to the site, there were a few of the regulars that always get lots of love:

Plus there were issues that emerged during the year. Understandably, people are interested in, and concerned about fires and their impacts on alpine environments. Most visited posts included:

There was only a few ‘non fire’ stories in the most read list: 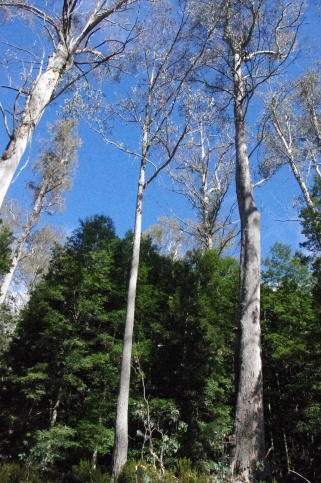 The next few months will be hard. The world seems so different to just a few months ago. All we can do is heed the advice from governments and medical experts and stick together. Crisis can do interesting things: it can bring out the worst (panic buying of toilet paper, punch ons in the supermarkets, etc) or the very best in people. I have faith in the goodness of most people and am enjoying the connections in my community. I hope it’s the same for you. Stay safe, be kind, keep an eye on each other. And hopefully see you out in the hills soon.

Hopefully we are out the other side of this soon!

And hopefully Climb8, a long distance snowshoe expedition which is being planned for the winter of 2020, will happen.

In the meantime, here are some ideas on inside viewing, listening and reading during the lock down.