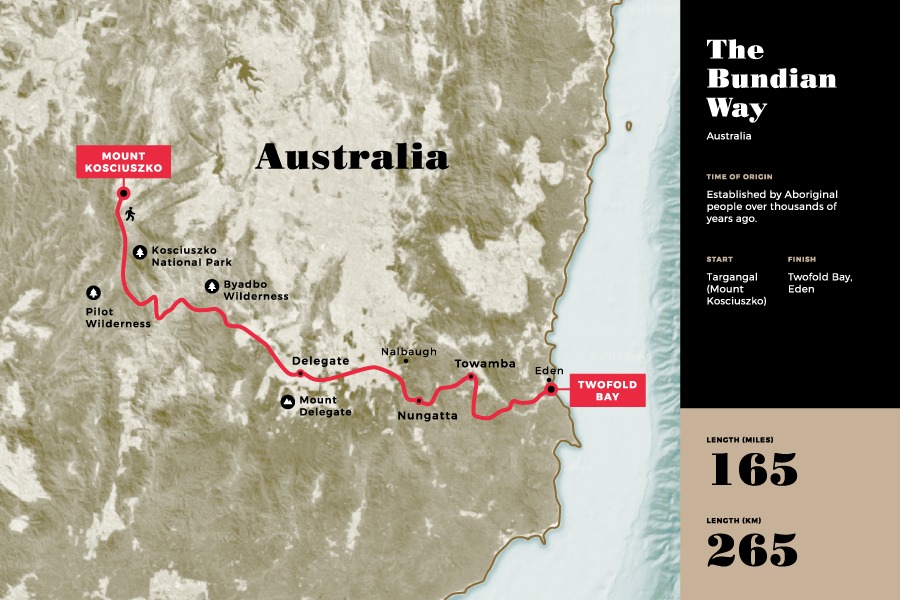 There has long been discussion about the trail that once linked the south eastern coast of NSW to the Snowy Mountains. It is called the Bundian Way. Prior to the invasion, Indigenous people moved between the coast, the Monaro Tablelands and the higher mountains. Nowdays called the Bundian Way, this route is a historical pathway between Targangal (Kosciuszko) and Bilgalera (Fisheries Beach) that connects the highest part of the Australian continent and the coast.

There is a book that explores the Bundian Way, called On Track: searching out the Bundian Way written by John Blay. Now the route has been mapped and can be found online.

END_OF_DOCUMENT_TOKEN_TO_BE_REPLACED

She Went Wild trip to Kosciuszko

She Went Wild intends to “inspire, educate and connect women to live adventurously in the outdoors” and does this through offering training and trips across many outdoor activities. They say “for too long, female adventurers have been underrepresented in the outdoors industry. She Went Wild journey started in an effort to overcome the barriers faced by women who want to spend more time out and about”.

END_OF_DOCUMENT_TOKEN_TO_BE_REPLACED

Of course, all of Australia is indigenous land, including the Alps. Despite colonisation and dislocation, Aboriginal communities have maintained connections with the Alps and have been re-asserting that connection in recent years.

Traditional owner groups have been involved in reclaiming of language, and this includes advocating for landscape features like mountains being re-named with their original or other relevant names.

This happened in the case of The Jaithmathangs, a rocky peak on the western side of the Bogong High Plains, which had previously been called The Niggerheads. They were renamed in 2009, after consultation with the Indigenous community.  The Jaithmathang are an indigenous group with connection to the High Plains. This renaming has happened extensively in The Grampians in western Victoria, which are also known as Gariwerd in one of the local languages, either the Jardwadjali or Djab Wurrung language. Peter Gardner has recorded the extensive range of indigenous names to be found in the Victorian Alps.

There has been a long conversation about the name of our highest mountain, Kosciusko. There have been proposals for dual naming – using the current name in conjunction with a traditional name (as happens with Uluru/ Ayers Rock).

It would appear that the push is gaining momentum.

END_OF_DOCUMENT_TOKEN_TO_BE_REPLACED

More than 600 people joined sections of the 36 day walk from Sydney to the summit of Mt Kosciuszko which aimed to raise awareness about the negative impacts of feral horses in the Kosciuszko national park. The walk finished on December 9. The five people who did the whole walk from Sydney were joined on the final day by 178 people, walking from Jindabyne, Thredbo or with the main group from Charlotte Pass.

END_OF_DOCUMENT_TOKEN_TO_BE_REPLACED

‘Save Kosci’ walkers to start their 560 km journey 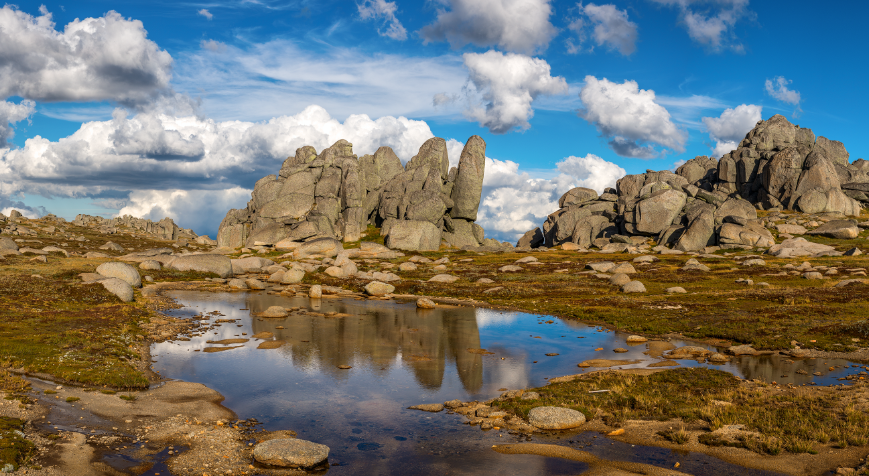 On the 3rd November, a group of bushwalkers will start a 35 day walk from Sydney to the summit of Mt Kosciuszko, to highlight the damage being caused by feral horses.

If you live in Sydney, please consider attending the ‘send off’ as they leave for Kosci.

END_OF_DOCUMENT_TOKEN_TO_BE_REPLACED

Concerned about feral horses in Kosciuszko? Get walking

On the 3rd November, a bunch of bushwalkers will start a 35 day walk from Sydney to the summit of Kosciuszko, to highlight the damage being caused by feral horses.

They are looking for walkers to join them for all or some of the walk. The route will follow main and secondary roads, via Camden, Mittagong, Goulburn, Canberra, Cooma and Charlotte Pass.  With the support of the National Parks Associations of NSW and the ACT, and Bushwalking NSW, they are expecting large crowds at the start and finish of the walks. More detail is available on the Save Kosci web site (savekosci.org)

You’ll be able to register as a walker or non-walking helper from early September. Watch this page for further news, or contact Linda Groom, convenor@savekosci.org

The walk up Mt Kosciuszko is not challenging. It is a pleasant hike from the Charlottes Pass Road or a harder climb up from Thredbo village. Many people take the easy way out and catch the Kosciusko Express chairlift from Thredbo, which means you miss most of the elevation gain of the walk. From there it’s a wonderful stroll through alpine landscape to the summit. The very last bit of the walk passes through boulderfields. The views are incredible.

Thredbo is offering guided hikes every Saturday from 4/11/17 until 28/4/18. If you haven’t been out on the Main Range before, this is a good way to get familiar with the terrain.

END_OF_DOCUMENT_TOKEN_TO_BE_REPLACED 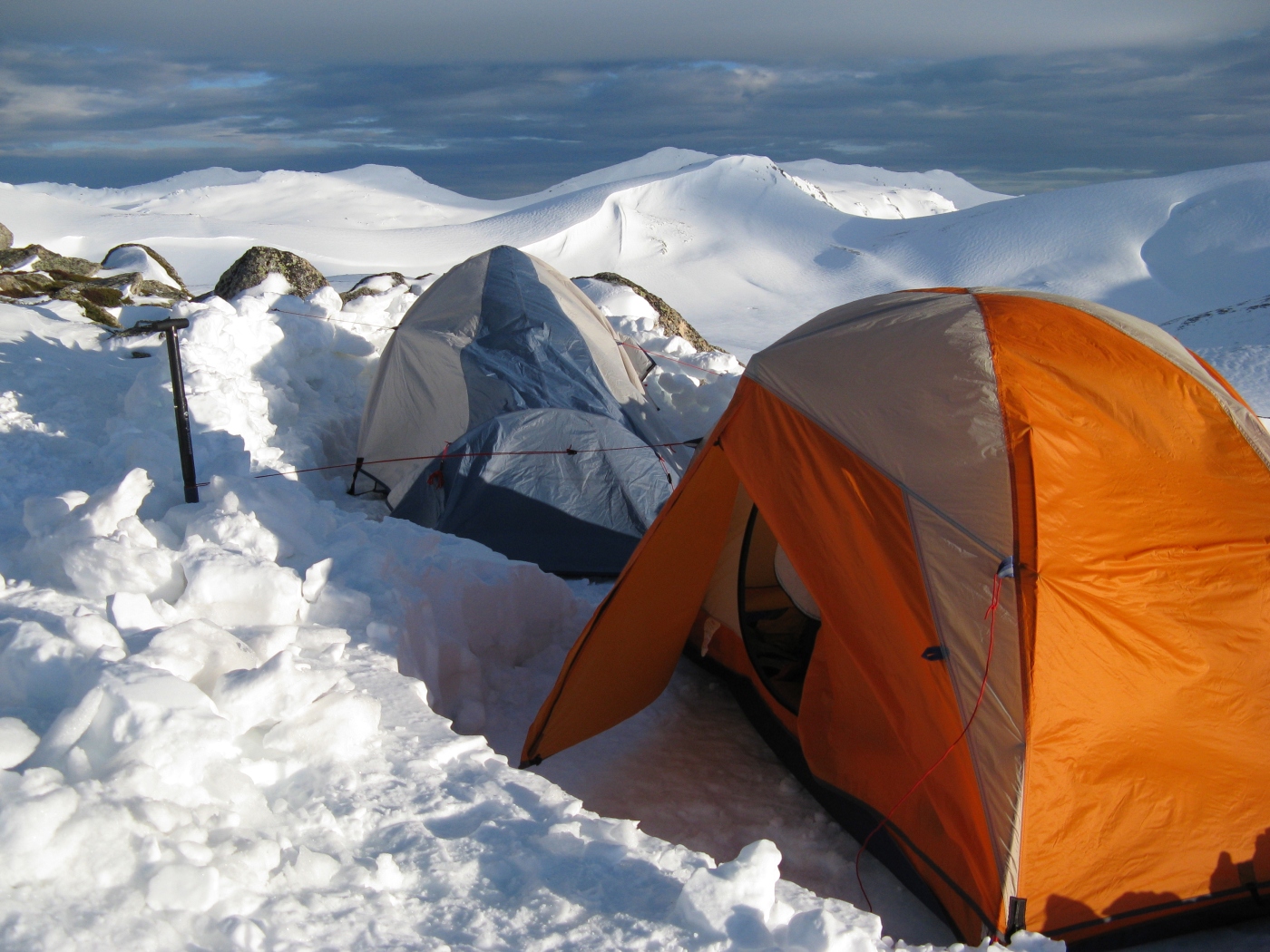 The Main Range area of the Snowy Mountains is a small and much loved area with some of Australia’s finest alpine terrain. It is popular with overnight walkers, skiers and riders and while the Parks service prohibits camping within the catchments of the glacial lakes on the range, there are still lots of great spots to stay.

But the problem of human waste is becoming one that backcountry users need to deal with. In places like the Main Range, the time has come to extend the concept of ‘if you carry it in, you can carry it out’. As Andrew Stanger says in this article, “just as dog owners must now collect their pooches poops, it is time for people to do the same when venturing into the great outdoors. People need to bag their poops, take them out and dispose of them appropriately”.

Here’s how you can do it:

END_OF_DOCUMENT_TOKEN_TO_BE_REPLACED

There has long been discussion about the trail that once linked the south eastern coast of NSW to the Snowy Mountains. It is called the Bundian Way. Prior to the invasion, Indigenous people moved between the coast, the Monaro Tablelands and the higher mountains. There are other similar stories from elsewhere in the mountains: for instance, the fact that early Gippsland settlers followed established trails from the Gippsland Plains to what is now Dinner Plain and Mt Hotham, and gold prospectors followed tracks up the Howqua Valley towards Mt Howitt.

Sadly, so much of this story has now been lost. In some good news, a book is due to be released shortly that looks at the Bundian Way.